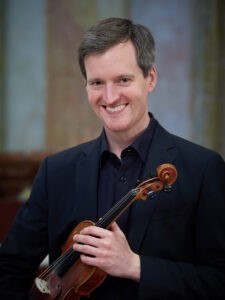 Maximilian Bratt was born in Stockholm, Sweden and grew up in a musical family where chamber music was a natural part of life. He completed a joint degree on the violin and on the piano at the Royal College of Music in London and a further degree on the violin at the University of Music and Performing Arts in Vienna.

Maximilian is mainly active as a chamber musician and has performed in several European countries as well as South America and Asia in various ensembles but also as soloist with orchestras. He was repeatedly invited to perform at the International Chopin Society and the Musikverein in Vienna, other performance venues include the Lindbury Theatre of the Covent Garden in London as well as at the International Summer Festival in Ohrid, Macedonia. He is a founding member of the Lerchenfeld Quartett.