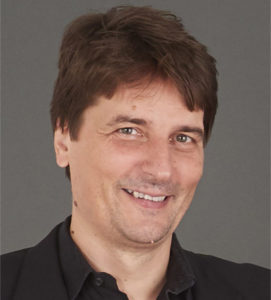 He was born and grew up in Klagenfurt, Austria. He studied with Miloš Mlejnik in Klagenfurt, in the class of Heidi Litschauer at the Mozarteum in Salzburg, and with the Melos Quartet at the University of Music in Stuttgart.

2002 he graduated with a solo performance diploma. Further studies with Harvey Shapiro, Heinrich Schiff, Françoise Guye, Wolfram König and Yossi Gutmann. In 2000, Kircher received a scholarship from the Hindemith Foundation in Blonay, Switzerland. He is a founding member of the “Goldbergquartett Wien“, the “Janus Ensemble” and the „Max Brand Ensemble“ for contemporary music and co-founder of the Mozart Collegium Wien, member of Crossnova, of “die Reihe” and of the IPG Ignaz Pleyel Piano Trio. He is solo cellist of the Hofkapelle Eisenstadt. He was a member of the “Stradivari Sextett” and the Super World Orchestra in Japan. Numerous CD productions and recordings for radio and television. He has performed in the Americas, Europe, Asia, Australia and Africa on a Pietro Giovanni Mantegazza violoncello from 1789.